One of my fishing buddies and regular readers had been asking for some fall steelhead streamer patterns.  Swinging streamers with a spey rod is absolutely the most exciting way to fish for steelhead.  The tug of a steelhead strike is addicting to say the least.  Below are a couple of patterns that I have had success with around the Great Lakes. 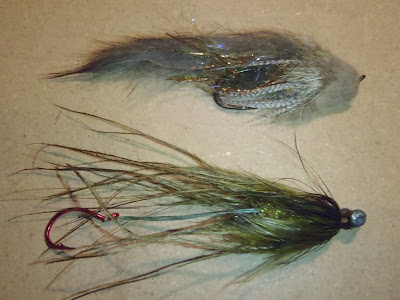