Finally!  Back to my home river, the AuSable.  Its not the most productive steelhead river in the area, but its close to home and produces decent action for those who put their time in.  The water is absolutely gin clear, littered top to bottom with timber from logging days past, and the most selective steelhead I have found in Michigan.  That being said, when you do hookup with a chrome beast, they're that much more special and all should be released. 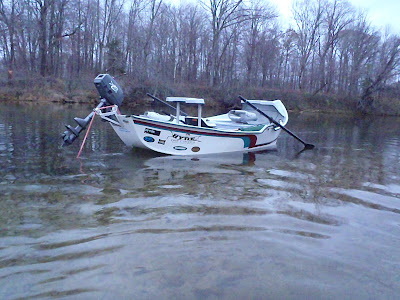 I concentrated my efforts on the lower portion of the river today, hoping that the early steelhead would be congregated in the deeper runs.  We have had some rain, but not nearly the amount needed to get a decent push of fall fish.  The local reports have been mentioning steelhead, mostly skips, with adults at a premium. 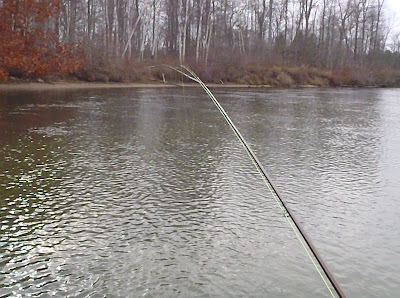 Swinging flies with the spey rod most of the day, I typically had the river to myself. 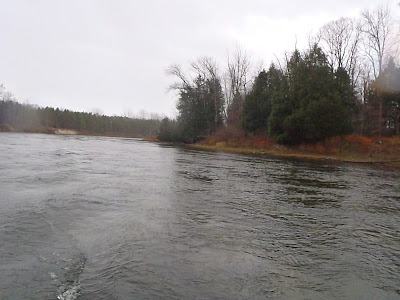 A quick snow squall and the cold temps felt more like January than late October. 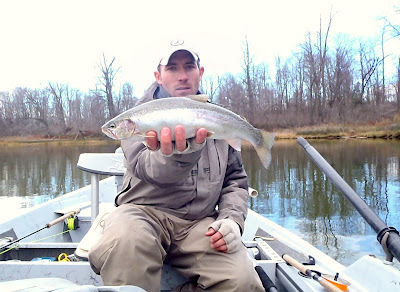 After working my way through the majority of my favorite runs in the lower river without a single grab, I decided to make my way back upriver.  I stopped at a two runs to swing flies and another I fished with my centerpin in a last chance effort to save the day.  The chunky skip pictured above was the reward.  Not a streamer fish, or even a big fish, but it still felt good to see some AuSable steel. 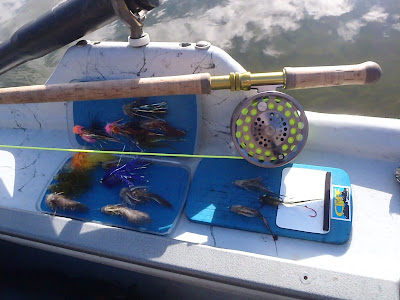 Today's gear was a 550gr Skagit line with 10-15 feet of T-14.  As far as flies, I tried a variety of natural looking sculpins and leeches, obnoxious flashy creations, and everything in between.